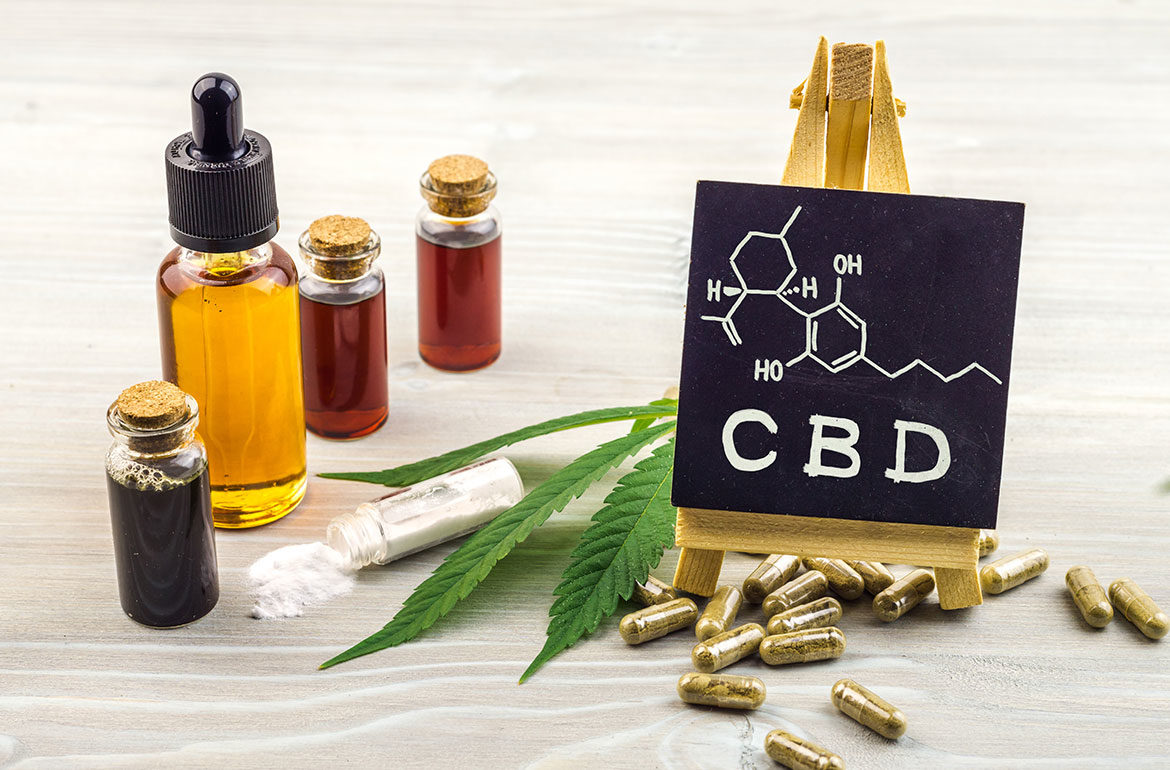 The goal of this article is to provide a quick reference for understanding some of the common jargon that I’ve come across in learning about CBD (along with many others I suspect). I find the jargon is a mix of biomedical terms, cannabis concepts and market lingo describing different types of CBD products. We’ll say a bit about each in regards to CBD and perhaps do longer articles on individual topics in the future.

Bioavailability, in a mathematical way, describes the action of a drug over time as it absorbs into and clears out of the bloodstream. It uses direct injection (i.v. administration) as a reference point, and under certain assumptions represents what fraction or percentage of the drug reaches circulation in certain circumstances1. These circumstances could include the route of administration (whether taken orally, smoked, etc.), whether or not you’ve eaten, the time of day, and so on.

The oral and inhaled bioavailability of CBD are estimated at around 6% and 31% respectively2,3. One study showed that oral bioavailability quadrupled when CBD was taken with a fatty meal as opposed to an empty stomach4.

Enzymes are molecules (generally proteins) that speed up chemical reactions in the body, helping to break down and create various substances5. A good example of this is when yeast is used in beer brewing – enzymes in the yeast break down sugar into alcohol and carbon dioxide.

CBD is broken down by enzymes in the liver like most other substances. It also slows down some enzymes in the body and may speed up others6. This is similar to the “grapefruit effect” that some medications warn about.

Receptors are proteins that accept and transmit chemical signals in the body, located in or on cells7. Similar to locks and keys, certain kind of receptors will only take certain kinds of signals. Many substances, including medicine, hormones, etc., exert their effects by signaling various receptors in the body. CBD is a notable molecule for its ability to interact with a diverse range of receptors, not just cannabinoid receptors8.

Cannabinoids are a family of molecules typically found in the cannabis plant. THC and CBD are the most commonly known cannabinoids, but there are many more including CBN, CBG and CBC.

The endocannabinoid system is the body’s cannabinoid-specific signaling system. It’s made up of endocannabinoids and their associated enzymes/receptors (including the well-known CB1 and CB2 receptors), and seems to play a role in a lot of key functions like sleep10, fertility11 and immune function12, to name just a few. Some aspects, such as the GPR18 and GPR55 receptors, aren’t well understood yet and are being investigated13.

Terpenes are aromatic molecules found in many plants. They’re the main component of many essential oils, and in terms of cannabis, are responsible for its characteristic smell.

The Entourage Effect is an idea that originated from the science literature in the late 90’s17. Roughly speaking, it says that the various terpenes and cannabinoids in the cannabis plant potentiate each other and have a synergistic effect together that’s greater than their combined individual effects18,19.

The idea is still debated, mainly due to a lack of clarity around what constitutes the “synergy” involved in cases where whole-plant formulations outperform pure cannabinoids20. It has also been criticized as being over-glorified and abused to make false marketing claims about CBD products21.

Broad Spectrum CBD products or extracts contain other cannabinoids in addition to CBD, with the exception of THC (which is removed). They also often include terpenes.

Full Spectrum CBD products or extracts contain other cannabinoids, including THC, in addition to CBD. They also often include terpenes.

Isolate usually refers to pure crystalline CBD (when the molecule is isolated from the plant extract), but can also refer to CBD products without any other cannabinoids. Isolate products may also contain terpenes, but typically don’t.

Nano/Water-Soluble CBD refers to CBD products in a type of mixture called a nano-emulsion. Emulsions are a common way of “dissolving” oil in water or vice-versa, by breaking up the dissolved liquid into very tiny droplets that stay separated. A good example of an emulsion is mayonnaise. In a nano-emulsion, the droplet sizes are on the order of nanometers – billionths of a meter. This increases the surface area of the CBD and makes it easier to absorb, increasing bioavailability.

These articles are not intended to serve as medical advice, and in the case of referenced sources, do not necessarily reflect the authors’ or collaborators’ opinions. Our aim is to help present reliable information in a way that’s accessible to the average reader, and we try, to the best of our ability, to preserve the context of our sources in this endeavour. 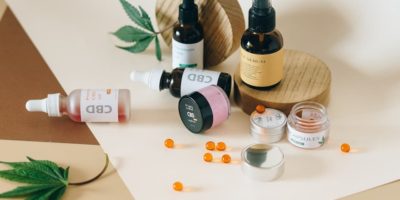 🔥 Save Up to 40% Off CBD Bundles!
0
0
Your Cart
Your cart is emptyReturn to Shop
Continue Shopping

Subscribe to our newsletter and receive your 20% discount code!

* If you do not receive the confirmation message within a few minutes, please check your Junk E-mail folder.